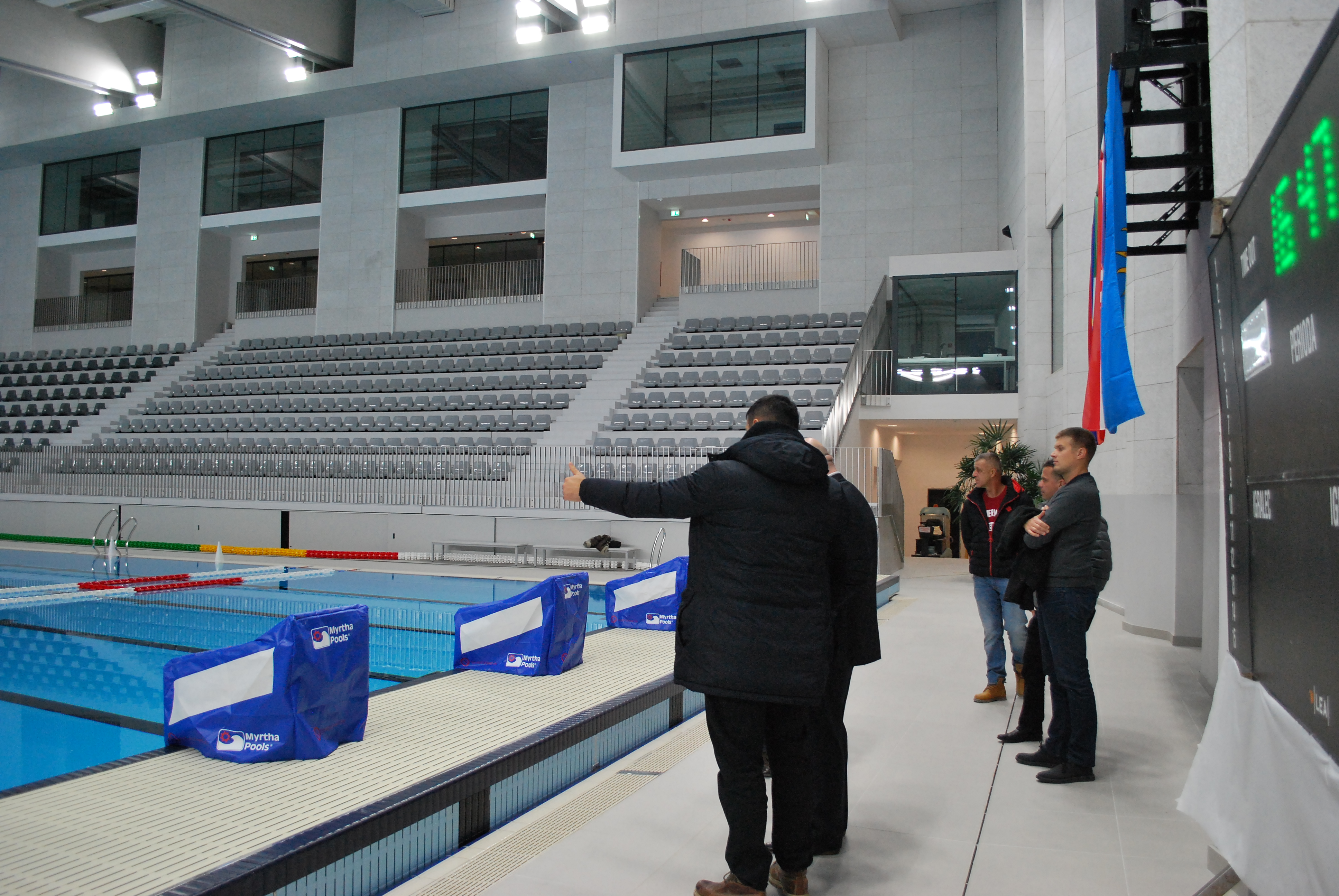 Mr. Attila Marosvari was choosen as the first technical delegate of EUSA for Water polo at the end of October at the session of the EUSA executive committee that went on in Rome. The technical delegate comes from Hungary, a country that is a world power in water polo, so at his official visit in Koper he checked the main and auxiliary competition venues of the future championship with special interest.

The main playground for EUC WP will be the swimming pool in Žusterna, that offers to the visitors an exceptional sea ambient with the old urban centre of Koper in the background. Currently the pool is in it’s winter version, therefore at the moment it doesn't offer the real summertime image. The inspection included the checks of the pool, of the access to the place, the dressing rooms, the toilets, the showers, the room for the referees, the room for the delegate and the room for the direction of the competition.

A completely identical inspection went on in the new Olympic swimming pool at the sports-recreational centre Bonifika, which most probably will serve only as the auxiliary venue of the championship. If the EUC competition would require a roof  above everybody’s heads because of potential severe bad weather, the organizers of WP EUC Koper 219 WP will be prepared for this eventuality.

Mr. Marosvariand the organizers of the event from the University of Primorska Sports Association also visited all other locations where the athletes will be sleeping, the places where they will be having meals and the new office of the organizing committee of the championship, where the meetings of the management of the competition and the press center will be held.

The organizers showed to the guest the venue of the ceremonial opening of the championship, which will be held in the picturesque central square in the old city center of Koper. There is located the Pretorian Palace, where the draw and the technical meeting of the participating teams will take place before the beginning of the competition.

The technical inspection also had it’s official protocol segment when Mr. Attila Marosvari, together with the representatives of the organizing committee of the championship, attended a formal reception at the Koper municipality and at the rector’s office of the local University of Primorska. At the municipality the host was an ex-member of the Slovenian national Water polo team and vice-mayor of Koper Peter Bolčič, while at the University the guests were hosted by the vice-rector dr. Boris Kavur. 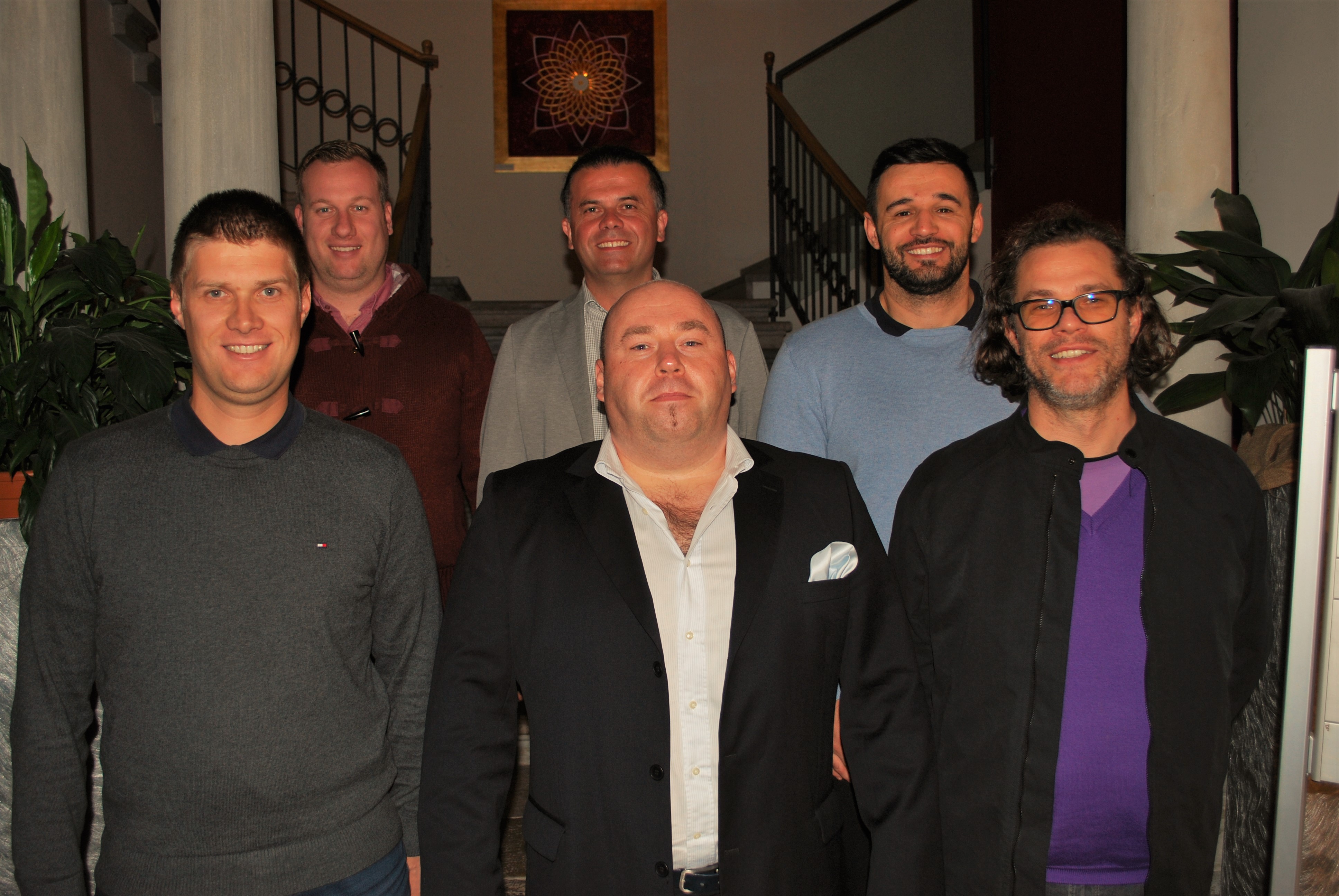 The vice-mayor mr. Bolčič emphasized the city's sports projects and the modern sports infrastructure, but then he talked with Mr. Marosvari about concrete water polo topics, as they are both former professional water polo players. On the other hand, the vice-rector dr. Kavur first mentioned the numerous sports activities carried out by the University of Primorska and the associated students structures. Than he presented the academic orientation of the UP with an increasing emphasis on international programs.