The first match of the day 4 involved two team always defeated in the previous games. After a promising start, the University of St. Cyril and Methodius from Skopje gave up in front of the Aachen Institute of Technology. The final score was 16:6 (2:2, 2:2, 9:2, 3:0).

The interesting thing was that the Aachen team started very slow. The first and the second quarters ended with a tie - a big surprise comparing to the North Macedonian's performance in earlier games. But the Skopje team improved their defense and attack. Aachen woke up in the second half of the match and played much better. In spite of the results in the pool, the Northern Macedonian team seemed to make steps ahead in each match of the Championship. On the other side, the Germans were always defeated with little gaps, so the team could finally obtain the first victory in this competitive championship.

Youssef Abdalla (Aachen Institute of Technology): “We are not happy about the beginning of the game, but in the second half, we played very good. So we're happy about the result. In the first two quarters we were not playing our best. It was just a mix of the fact that we were tired and that we didn't think that the game would be that hard. They were a good opponent and I respect them for that. We are aiming for a win against Slovenia tomorrow. And we want to get the bronze medal.”

Nenad Dimkovski (University St. Cyril and Methodius from Skopje: “It was a though match because we were tired. Our first two quarters were excellent, we are very satisfied for how we played. From the third quarter we were very tired, so we did what we could. Anyway, we will bring home good memories from this championship, because we were together and increased out team spirit: this experience will allow us to be better the next time”.

The second match of Day 4 was between the Hungarian squad and the home University of Primorska interesting and it was well played by both teams. Finally, the Budapest Business School prevailed - for the Hungarian is the third victory in three matches. The final score was 10:8 (3:1, 4:5, 3:1, 0:1). The University of Primorska was defeated, but the Slovenians could leave the swimming pool with the heads up. 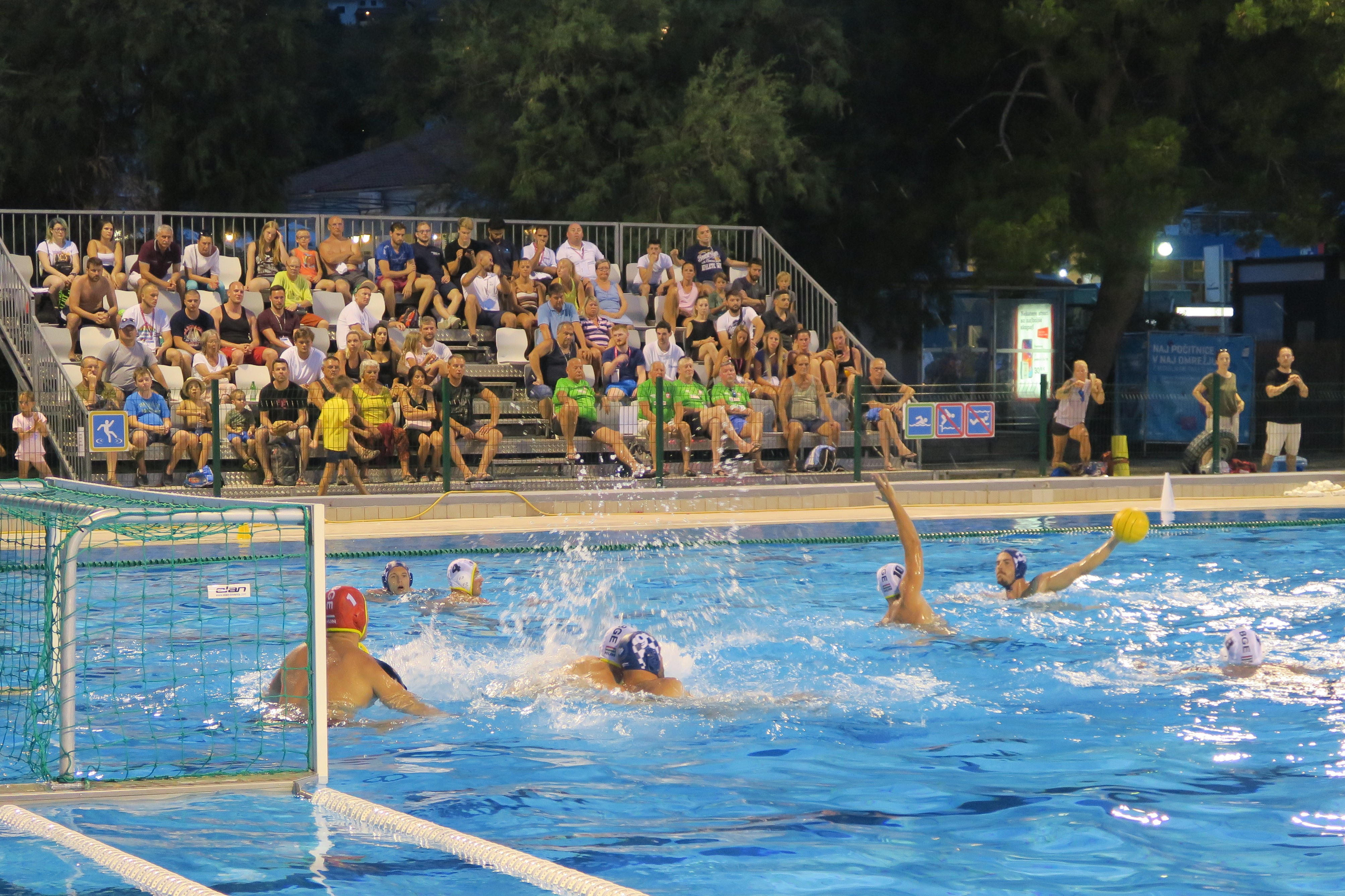 Nejc Potocnik (coach University of Primorska) : "I am very sorry for this defeat because our players did a fair battle against a though team. We paid also for the brutal fault sanction. We showed personality, so I am happy. I want to congratulate our opponent, they played well and deserved to win. Our team, the Germans, the Hungarian and the Polish are on the same level, more or less, so also the next match will be a battle. Today few players were unavailable, I hope to have them again tomorrow".

Daniel Vagi, (Budapest Business School): "Today's match was harder than the other games, but I think it was a good game before the final because we met the second hardest team in this tournament. In the next games, we have to concentrate on the

attack. Now we are training for the finals and we are so happy to play against Lodz.

For today's win, defense was a crucial element. Also, the referee's decision helped us (exclusion of an opponent's player for the brutal foul)."